Aishwarya Rai interacted with school students, posed for pictures at an event, and saluted an elephant in a rare video taken shortly after her Miss World 1994 win. Watch it here. 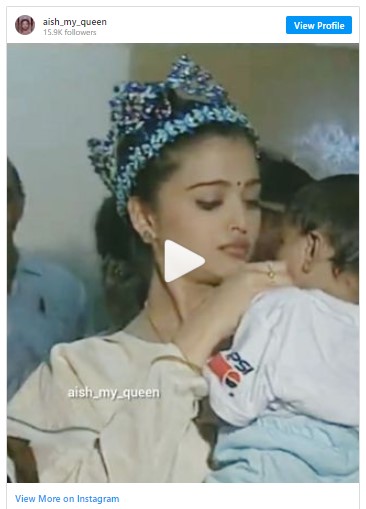 A rare video of actor  Aishwarya Rai after winning the Miss World 1994 pageant has been shared online by one of her fan clubs. It is a montage of various clips and began with her standing next to her mother Vrinda Rai, as someone held an umbrella over their heads. She was also seen interacting with school students and comforting a crying baby.

The video also had Aishwarya posing for pictures at an event in a red saree, with her hair tied up in a bun. She saluted an elephant, who wore a placard with a farewell message for her. She then folded her hands for the cameras as she got into a car and drove away.

Such an amazing clip