Gift Your Mother A Musical Surprise With These Melodious Mother’s Day Karaoke Tracks.

A mother is an anchor in this stormy sea of life. They are not the ones who have never struggled. Instead, they are the ones who never give up despite their struggles. One can not equate the power a mother possesses in a thousand culpa, and it is very much the culmination of womanhood. This day is celebrated to honor all the hardships and sacrifices our mothers surmount to raise us each year. As this practice has been diligently done over centuries, seldom does anybody know the roots of this celebration.

The concept of commemorating motherhood dates back to the ancient Greeks. During their spring festival, they worshipped Goddess Rhea, who is known as the Mother of Gods. Similarly, the Romans worshipped Goddess Cybele. From the 16th century onwards, this day was more broadly celebrated and mentioned explicitly in the Christian calendar. Today this day is celebrated in more than 152 countries around the world. However, for the Lent people, it was not about celebrating motherhood.

Moreover, it was the time when they returned to their mother church for a particular service, which is the main church. The practice of gifts and flowers began from these special services. In medieval times, house servants and apprentices were given that day off so that they could return home to their mothers early, and women were also given a holiday for a day or two so that they could rest and enjoy themselves with their families. A special cake, called Simnel cake, was baked on this day. The cake had a rich layer of almond paste in the middle and top and was then decorated with 11 marzipan balls signifying the apostles of Jesus without the Judas Iscariot. However, taking a patriarchal route in the late 1900s, celebrating Mother's Day celebrations declined in popularity. It was back only with the efforts of Anna Jarvis in the early 20th century. Finally, Jarvis lobbied American President Woodrow Wilson and Mother's Day became an official holiday in 1914. Today, the celebration is less about Simnel cake and more about sentiments. People treat their mothers with flowers, cakes, chocolates, other sweetmeats, wine, and a gaiety meal. Knowing what your mother likes is an absolute boon to sending personalized gifts. Since individuals cherish this day in their sweet way, people also sing Mother's Day karaoke Songs. After compiling a playlist of some of the best Bollywood Songs Karaoke, people pay an ode to their mother in an adoring musical way.

To make sure that you have your perfect karaoke playlist for your Mother's Day celebration ready, we have curated 8 Best Mother's Day Karaoke Songs To Cherish The Loving Bond given by Bollywood.

Every Bollywood movie captures different facets of human emotions, and the bond between a child and mother is beautifully enunciated in the majority of the dramas. One such movie is Neerja (2016). Based on the real-life hijack of Pan Am flight 73 in 1986, flight attendant Neerja Bhanot bravely stalled terrorists and helped save more than 359 lives on board before she was shot dead. Later, at the age of 22, she became the youngest recipient of India's highest peacetime gallantry, the Ashoka Chakra Award posthumously. This beautiful song dedicated to all mothers is in the sensational voice of Sunidhi Chauhan and penned by Prasoon Joshi.

Bollywood does not cease to impress with musical tracks and soulful lyrics, be it the love for our mother or the Motherland. From the movie ABCD 2 (2015), in the voice of Arijit Singh and written by Mayur Suri, this track entails the importance and support only a mother can give to the child. Portraying the same, Varun Dhawan, the protagonist, is seen dancing, remembering his mother, who has been his strength in her dancing career. You must try singing this track on the perfect day of Mother's Day.

From the movie, Dasvidaniya (2008) in the soulful voice of Kailash Kher, this track is genuinely timeless, much like the dynamic of the relationship portrayed on screen. This song revolves around the relationship between a man in his late 30s and his mother. Sounds interesting, right?

From the movie Maa Ka Aanchal (1970), this track is in the magical voice of Mohd. Rafi Ji will melt your heart right away. Revolving around a storyline where a mother sacrifices her happiness, her everything to give her children everything they demand, this movie depicts the trials and triumphs every mother experiences for her child.

From the movie Paanch Qaidi (1981), in the voice of the legend himself, Kishore Kumar, this track is an overwhelming one. It depicts how sacrificial, caring, and loving a mother is by nature, and it is indeed only because of her that an individual becomes who he becomes.

One of the most beautiful and soulful songs in recent times, this track from the movie Taare Zameen Par is heart rendering. Like the movie, this song is the epitome of evoking emotions. It sets out on the idea of how in every phase of life, our sights reach out to find our mother, how we seek her validation at every step. As emotional as the movie was, revolving around the harshness of a Dyslexic kid who suffers in the hands of the unaware and ignorant and is left to a boarding school for his betterment, this song is the heart of the movie. How the child seeks the comfort and warmth of his mother, not knowing what's wrong with him but wanting nothing but her by his side. In the soulful voice of Shankar Mahadevan and lyrics by Prasoon Joshi, you must sing this karaoke track as the heartiest surprise for your mother.

From the movie Yaariyan (2014), this song tells a lot about Indians. We happen to be highly emotional with all our relationships, especially those we share with our parents, and this song is a classic example of that. In the melodious and blessed voice of K.K and penned by Irshad Kamil, this song is a must in your Mother's Day playlist.

It is near impossible that you have not heard this track before. From the movie Raja Aur Rank (1968), this song in the angelic voice of Lata Mangeshkar with the music direction of Laxmikant Pyarelal is an evergreen one. In fact, to this day, artists cover this song in various renditions for this special day.

Bollywood has given us several tracks that are gems, and there are not enough tracks encompassing the unique bond of a child and mother. However, with these tracks in your karaoke playlist, you can give your lady love a sweet, emotional, and truly gratifying Mother's Day surprise. So hurry up and get these melodious Mother's Day tracks at the best audio quality and the most affordable prices from Hindi Karaoke Shop today.

Wishing all the supermoms a very Happy Mother’s Day.

The History Of Musical Instruments

Your playlist looks like something that I can give to my mom, as it's her birthday. I like the idea of giving her an entertaining playlist for her birthday. 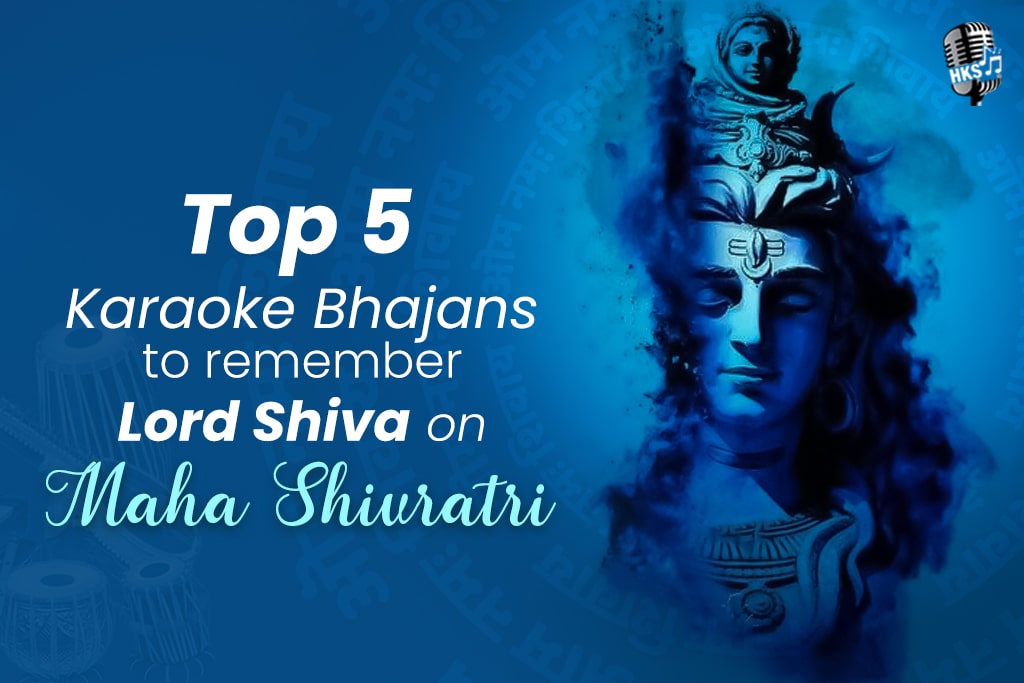