Music is a way of life; it is an ever-growing form of art, that is why every day, hundreds of songs are released by artists worldwide. Music has existed from the most ancient times; centuries back, it was something only the royalties had access to. We all are lucky to be born in such a beautiful time when music is the same for everyone. There are hundreds of artists composing songs in a broad spectrum of genres every single day. Some people like a particular style of music, while others prefer to listen to everything there is. However it goes, there is no way you cannot mix and match up your taste of music like a fine cocktail; that is one thing that makes music one of the most beautiful art forms. There are top artists, top songs, which change every month, sometimes, even in weeks! This happens because music is ever-living, and artists release songs almost every month; it gets difficult for the fans to follow up on all of them. Some songs hit the charts for only a few days; on the other hand, some songs are evergreen and never leave the charts. So much music every other day makes us wanna sing them along, and there is no better way to sing your favorite songs than having a karaoke track to vibe with. We have got you covered for that at Hindi Karaoke Shop; we are proud to present our collection of the Latest Hindi Karaoke Tracks available in our library of thousands of karaoke songs!

Another confusion we face is what song to sing out of all these new releases; it becomes tough to decide. But, don't worry, we have sorted the top 10 songs recently released. Their karaoke tracks are available at Hindi Karaoke Shop, too! So here are the top karaoke songs from this month. 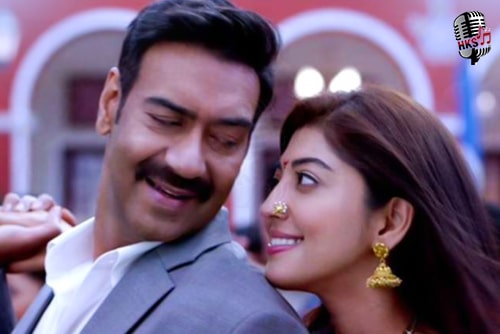 This song is from the latest Bollywood movie, Bhuj: The Pride of India. In the mesmerizing voice of Jubin Nautiyal, the melodious music is by Gourav Dasgupta and the beautiful lyrics by Devshi Khanduri. The movie has Ajay Devgn, Pranitha Subhash, Nora Fatehi and Shraddha Kapoor.

This is a new single from Jubin Nautiyal. It has the iconic voices of Jubin Nautiyal himself, Anu Malik, and the beautiful music by Rochak Kohli. Rashmi Virag pens the song's lyrics, and the video has Jubin Nautiyal, Karishma Sharma, Gurmeet Choudhary.

Thoda Thoda Pyaar Hai is sung by Stebie Ben. The lyrics are by Kumaar, and the music is by Nilesh Ahuja. The song is another single and features Siddhart Malhotra and Neha Sharma in the video.

This new song is a single by Aastha Gill and also features the voice of Baadhsah. It has Jaqueline Fernandez and Baadshah in its video, and the lyrics are by Baadshah, who also composed the song.

Fakira is a new single by Amit Mishra; the music is by Arabinda Neog and lyrics by Shekhar Astitwa. The video features Shivin Narang and Tejasswi Prakash.

This beautiful hit is in the fantastic and iconic voice of Atif Aslam; we all love his songs, don't we? This song recently came out and is a big comeback for Atif and a massive kick for all of his die-hard fans.

This song is from the movie Bell Bottom and is by Asees Kaur. This movie recently came out and featured Akshay Kumar and Vaani Kapoor.

Desh Mere is again from the latest movie, Bhuj; The Pride of India. In the iconic voice of Arijit Singh, the lyrics are by Manoj Muntashir, and the music is by Arko.

This is another single by Atif Aslam in his beautiful voice and has music by Ahsan Parvez Mehndi. Mustafa Zaidi has written beautiful lyrics.

This song is another single by B Praak, which was released recently. It features Sunanda Sharma and Nawazuddin Siddiqui, and the lyrics are by Jaani.

No matter how many songs get sorted out, one or the other will be missed out on. Don't worry, Hindi Karaoke Shop's library has almost all the songs you can think of, even in regional languages! Give a visit to our website today to check out more of the Latest Bollywood Karaoke Songs!

Relive The Nostalgia With The Best Kishore Kumar Karaoke Tracks

I totally love the selection of karaoke tracks ... Helpful blog guys Keep it up..

Ultimate Rules To Pick Up An Ideal Kar...

Energize Up Your Diwali Party With Hit...

Energize Up Your Diwali Party With Hit Bollywood Karaoke Songs