Today is the first death anniversary of the gem of a person and a fabulous actor Sushant Singh Rajput. Sushant lost his life on 14th June 2020. The reason for the death is still not apparent, and many stories were woven around his mysterious death.

It has been a year without him, but people have shown how much they miss him every day. It broke our hearts, and saying goodbye to Sushant was not easy. However, he will be remembered forever with love and compassion.

Ankita Lokhande, who was in a relationship with Sushant, kept havan at her home. 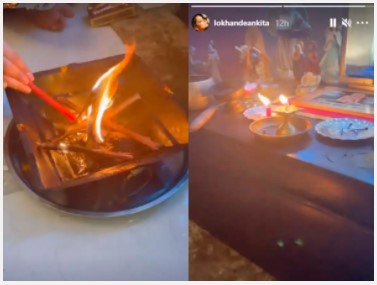 Recently Ankita had also announced a break from social media by posting on Instagram:
"It's not a goodbye, it's a see you later."
Sushant fans slammed Ankita for taking a break before Sushant’s first death anniversary and called her a ‘hypocrite’. A fan wrote:
"Ankita knows that SSR's death anniversary is round the corner, bahut publicity pa liya SSR ke naam pe! So let's go underground and come back later. #hypocrite @lokhandeankita."

However, Ankita marked her return on social media just a day prior SSR’s death anniversary. Marking her presence, she posted a picture with bae Vicky Jain.

It has been one year, but the star has not been forgotten for a single second. His good works and smiling face will always be remembered and missed.

Rohit Shetty Is Ready To 'Cirkus' In Goa?

SSR's good works and smiling face will always be remembered and missed. He was a great human being.

Arjun Kapoor Opens Up About Fight He G...

Alia Bhatt Flaunts Her Gorgeous Sita Look From Her Movie. Checkout The Pics