The 'Roohi' actress recently posted a picture in which she is standing in a rusty bathtub with a serene landscape in the backdrop. The actress looks annoyed in the picture, and it is visible.

The usual bathtub pictures are usually sultry-looking, but Janghvi gives a twist to the pic. The diva is seen wearing an oversized hoodie that says, "Everything is annoying". She captioned the picture:
"Lmk if u find any exceptions (sic)." 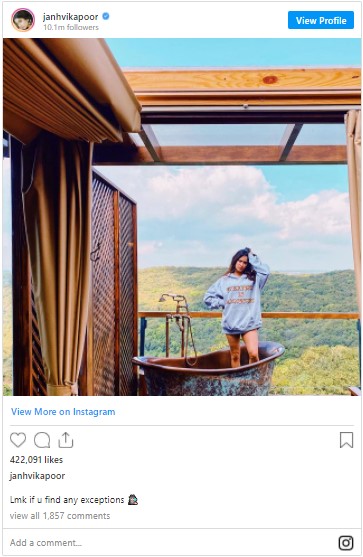