Juhi Chawla also recently joined the trend by starting sharing a video posted by one of her fan page. The video had scenes from her popular movie ‘Mr. & Mrs Khiladi' which was released in 1997. The popular mashup can be heard in the background.

The video was shared with a caption that read: 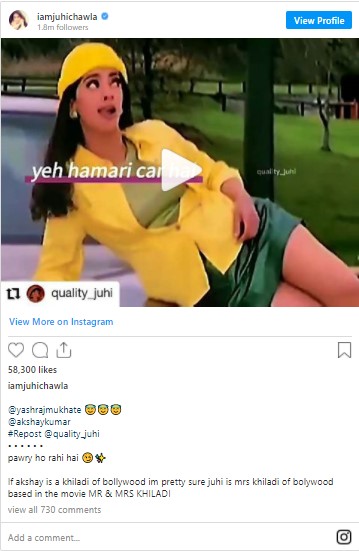 Singer Bhupinder Singh passes away at...

Singer Bhupinder Singh passes away at 82